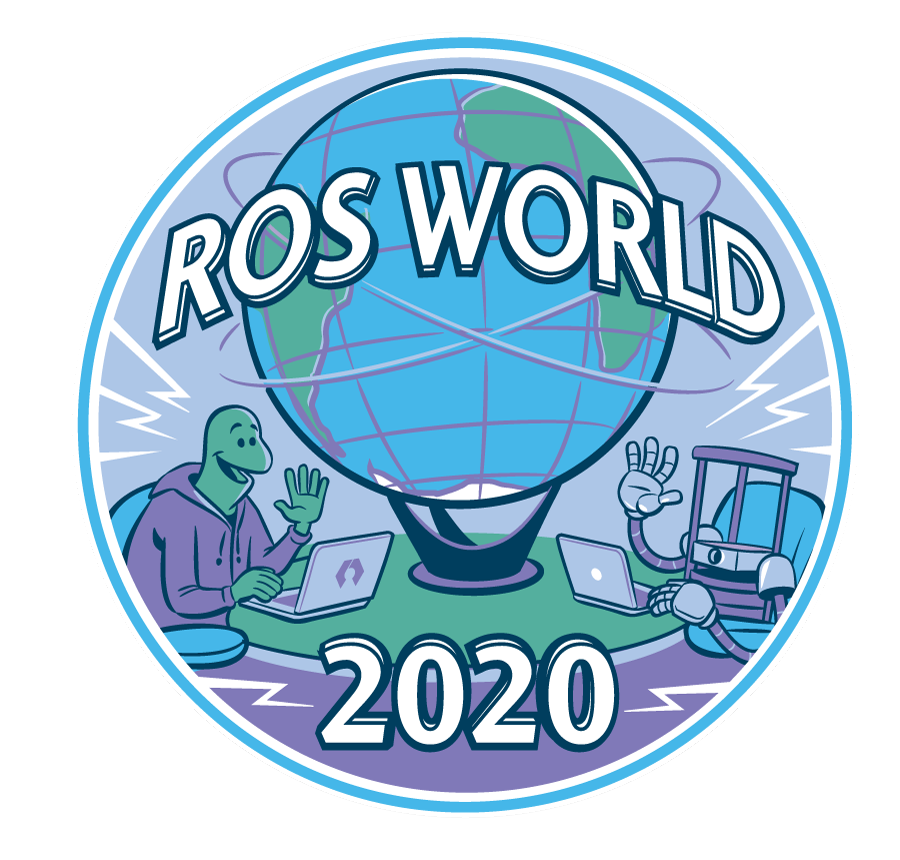 This article was also posted at Dev
Previous Post: A (Belated) Hello World! Next Post: Extending an Old-school Programmable Keyboard with AutoHotKey

Update: You can find all of the videos from ROS World 2020 here.

I attended the Robotic Operating System's ROS World 2020 convention today. I quite enjoyed it! To keep myself focused during the event, I tried to write some comprehensive notes. To keep myself entertained, I wrote them as if somebody else would be reading them.

But it occurred to me that someone else might find these useful in some way, especially if they missed the convention or didn't know it was a thing, and this might act as a sort of helpful guide. Or maybe you're just curious about robots and want to see what we're up to. Either way, I hope this is helpful! I'll add links to the videos once they're posted publicly, and will happily answer any questions in the comments.

🥪 Lunch Break (Technically a Networking Break, but dammit I need to eat).

Lots of different technical sessions at 1:45pm, I chose this one because it's relevant to stuff I want to do in the near future. Might go back and explore the other talks later.

For those who don't know, MoveIt is a tool for motion planning with robotic arms.

Had to come back for this one.